World COPD DAY is on 18 November. Chronic Obstructive Pulmonary Disease (COPD) is a chronic lung disease with the symptom of the continuous reduction of airflow which is often neglected by patients and doctors. About 75% of the patients COPD have not been diagnosed. The symptoms of COPD will gradually get worse, and shortness of breath will occur when exerting force, which eventually leads to breathing difficulties even when resting. Due to underdiagnoses, when the condition worsens severely, it can even be life threatening. 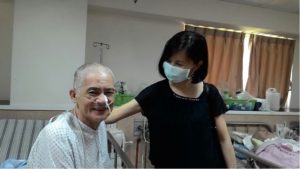 With the advent of aging societies, the World Health Organization (WHO) estimates that COPD would become the third leading cause of death in 2030.

Yi-Ying Liu, a nurse practitioner for nearly 24 years, tells her experience with a 67-year-old COPD patient with acute respiratory failure who had been hospitalized nine times in six months. During the tenth hospitalization, he became Yi-Ying’s patient. Although he was treated with oxygen, he had difficulty breathing and could not fall asleep at night. During the daily rounds, he always lowered his head and kept silent, only shaking or nodding his head and nodded in response to the nurses’ questions. One morning, Yi-Ying visited him as usual and inspected whether his condition had improved. She was surprised when he responded to her saying with pain, “I won’t be better, let me die!”

Yi-Ying suspected his mood (Brief Symptom Rating Scale) might reach the level of “despaired”. After discussing with the attending physician, she immediately consulted the psychiatric physician, and Lorazepam and low-dose Morphine were provided to alleviate the symptoms of dyspnea. The respiratory therapist assisted in the use of non-invasive respirators which reduced his breathing effort.

The patient understood that his condition was getting worse and said that he did not want to be intubated for emergency treatment, so Yi-Ying contacted his family to hold a palliative medical family meeting in the hospital. It was soon understood that the key reason for the frequent hospitalization of the patient was that he was single and had no family members to take care of him. Therefore, the referral nurse service was provided to address the problem of the patient’s long-term care,. After discussion with the patient and his younger brother, he agreed to arrange the follow-up care in the respiratory care ward in another local hospital. During his hospitalization period, he received joint care and palliative care for his end-stage lung disease.

Breathlessness leads to a serious shortage of calories and poor nutrition intake which resulted to his low BMI, so a nasogastric tube was fitted for his feeding so that the nutritionist could provide him with the appropriate dietary adjustments. When the patient became stable, the rehabilitation department stepped in and the rehabilitation therapist taught him pulmonary recovery exercises by the bedside. After staying in the hospital for more than a month, the patient’s condition stabilized, and he was successfully transferred to the respiratory care ward of the outer hospital. After another half year, the patient could breathe with only nasal cannula oxygen, and his weight increased by four kilograms. When Yi-Ying visited him, he gave her a smile and said, “Thank you very much for saving my life.” He did not come back to the hospital for two years after his discharge. Although he did finally pass away, Yi-Ying believes their prompt care brought him a much better quality and peace to his last period of life.

With this case, Yi-Ying discovered that the nurse practitioner is an indispensable member of the medical team, and plays a very important role in the field of clinical care. Nurse practitioners use detailed, sensitive observation skills and professional knowledge to accurately apply the cross-field care model to clinical cases which improves not only the quality of care but also the quality of the patient’s life, and it also reduces health insurance costs at the same time. Yi-Ying’s team uses this case as a role model in a contextual lesson plan of cross-field care to help other medical staff follow and implement the spirit and value of holistic health care in the future. 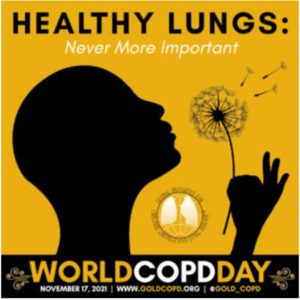